“The claim for service connection for [Your Disability] remains denied because the evidence submitted is not new and material.” As a veteran seeking benefits, you have probably received a decision from the VA including that sentence. What does the VA mean by New and Material Evidence?  How does it affect your claim?  The evidence was obviously new or you would not have filed it. It seemed material, so what does material mean to the VA?

In VA law, “new and material evidence” is defined as:

Evidence that has never been submitted to the agency decisionmakers. The new evidence could be new medical records, buddy statements, or service records. (Note: Service records not previously associated with the claim can open up a new realm of effective dates.) When thinking about what new evidence is, ask yourself, “is this cumulative or redundant?” If you find the answer is yes, you will likely see the first sentence of this post.

Material evidence is evidence which taken alone or in concert with previous evidence, relates the establishment of a fact necessary to win the claim. In other words, does the evidence tend to show your claim is more likely related to service.

After going through what new and material is to the VA, you may wonder how it can help your claim. New and material evidence allows you to reopen a previously decided claim, and potentially get an earlier effective date.

When a veteran files a claim for a disability that the VA has previously denied which has become final, the new claim is considered “reopened.” For a decision to be considered final, the time for appeal must have run.

For example. Veteran applies for service connection for PTSD, and is denied due to a lack of diagnosis. A full year (the time for appeal of a rating decision) passes, and the veteran never files an Notice of Disagreement (NOD). That decision is considered final. Shortly thereafter the veteran is diagnosed with PTSD and again claims it based on his diagnosis. This is a reopened claim for benefits. Without new and material evidence, a finalized claim is just that, final.

According to VA regulations, “at any time after the VA issues a decision on a claim, if the VA receives relevant official service department records that existed and had not been previously associated with the claims file when the VA first decided the claim, the VA WILL reconsider the claim.” (Emphasis added.) This means if the VA previously denied your claim for back injury, 20 or even 30 years ago, and now finds service records showing an injury in service, they must consider the possibility that your claim should be granted back to the previous denial.

The second way an earlier effective date is established is when new and material evidence is submitted prior to the expiration of the appeals period.

New and Material Evidence Submitted within the Year:

VA regulations require “[n]ew and material evidence submitted prior to the expiration of the appeal period WILL be considered as having been filed in connection with the claim which was pending at the beginning of the appeal period.” (Emphasis added.) When you get to the meat of the regulation’s meaning, it says that from the date of the issuance of a rating decision, the veteran has one year to submit new and material evidence relating to his claim. If a veteran files the new evidence with that one year period, it must be considered in relation to the original filing date for the pending claim. The VA often misses this and fails to implement the regulation as they should.

New and material evidence can involve a number of different and complex issues but can also be a veteran’s strongest ally in receiving those benefits due to them. 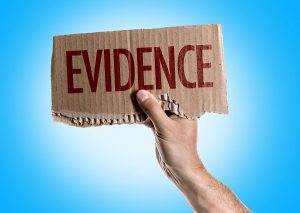